Minim, a maker of DOCSIS gateways and management and security software, has added a data usage tracker to its app as part of an effort to "demystify" data caps and help consumers understand usage patterns and if or when they might be in need of a broadband speed upgrade.

The product extension arrives nearly three months after Minim merged with Zoom Telephonics, a supplier of DOCSIS devices and other consumer premises equipment (CPE) that had also secured a license to market products under the Motorola brand. 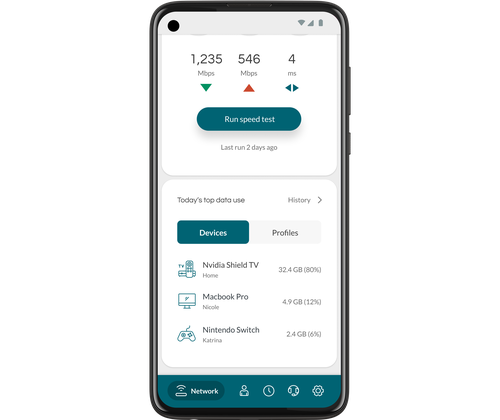 Minim says the new app feature can track data usage of individual users and on a device-by-device basis.
(Source: Minim)

Minim says data for the tracker is collected from counters on Minim-enabled gateways or routers, and taps into that data to illustrate the sum of upload and download usage.

The app, a company official said, can perform device fingerprinting and track usage on a device-by-device basis. Users can also set up profiles for individual family members and assign specific devices to them.

The app can also distill, on a device basis, what websites and services have been accessed and which ones have consumed the most data.

Minim said it plans to bundle the app into all of its retail products in time. While features of the app share some similarities to the features provided by Comcast's xFi platform, it also bears comparisons with Security+, a premium subscription service from Amazon-owned Eero.

Minim said the price of the app for its approximate 130 ISP customers, a group that includes RDOF auction winner LTD Broadband, is up to the service providers themselves. However, the company notes it typically sees them bundle the app into a premium service plan or make it available at an additional fee.

Should a service provider working with Minim have its own data tracking tool, Minim said it has the ability to remove features from a white-labeled version of its app at the ISP's request.

Minim's data tracker comes to light as usage-based policies and data caps come under increased scrutiny during a pandemic marked by surges in data consumption as people worked and schooled from home.

Comcast, for example, has agreed to postpone charging data overage fees in its Northeast region into July amid pressure from lawmakers after the cable operator introduced the new data usage policy there in January.

Meanwhile, Charter Communications recently dropped a petition at the FCC that sought to put an early end to conditions that bar the cable operator from implementing data usage policies until May 2023.

According to OpenVault, the percentage of "power" users – defined as those who consume at least 1 terabyte of data per month – represented 8.8% of all customers measured, a 110% year-over-year increase.

Peak usage among a range of major and midsized US cable operators has likewise climbed steadily during the pandemic. According to the NCTA's COVID-19 Dashboard peak upstream usage has climbed 51% since March 2020, while downstream peak usage has increased 28.6% during that timeframe. 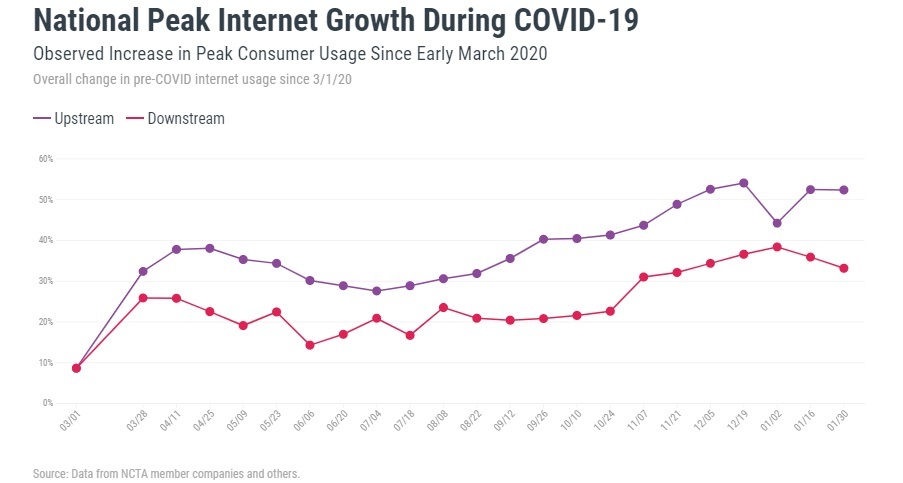 Click here for a larger version of this image.