LTD Broadband said it no longer plans to pursue federal funding for the construction of telecom networks in rural parts of California.

"While LTD continues to believe that the arguments raised in the petition [that LTD filed] have merit, it has become apparent that LTD will not be able to obtain Eligible Telecommunications Carrier (ETC) designation for the required census blocks within a reasonable timeframe to allow it to meet its RDOF obligations," the company told the FCC in a new filing.

The development comes on the same day that the Wall Street Journal published a lengthy article detailing LTD's long-running struggle to participate in the FCC's Rural Digital Opportunity Fund (RDOF). LTD was the top bidder in the program  winning a total of $1.3 billion in federal funding  but after more than 18 months, the company has not received any of that money.

"It's frustrating to see that there were dollars available and that every step wasn't taken to secure them and get the investments made," Brandy Wreath, a senior public utilities official in Oklahoma, told the WSJ. Oklahoma is one of the states where LTD is still pursuing its RDOF money. 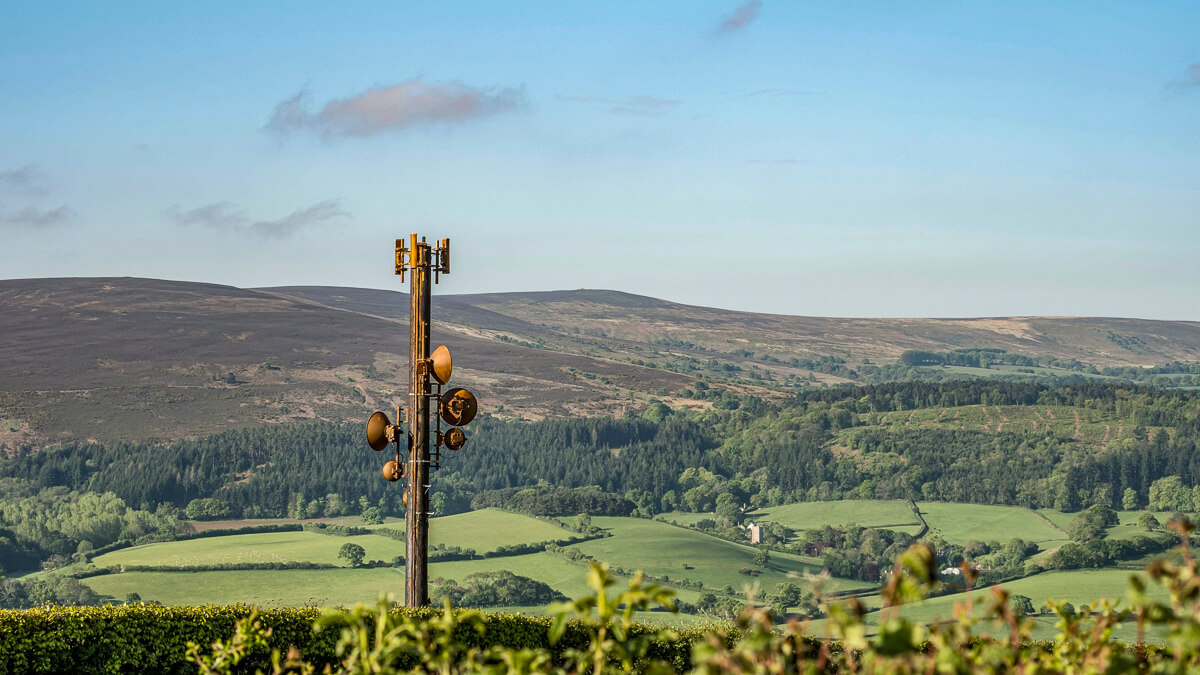 "The situation serves as a cautionary tale as the federal government rolls out yet another costly program  this one with a price tag of $42.5 billion  to deploy broadband to rural areas," wrote the WSJ. Indeed, the Biden administration has already come under fire over a report outlining its haphazard approach to allocating billions of dollars for the construction of telecom networks across the digital divide.

LTD's troubles in California stem from the company's inability to receive an ETC designation from the state. As noted by the WSJ, the state's telecom regulator, the California Public Utilities Commission (CPUC), said that LTD filed its ETC application just before a June deadline  but the company told the FCC it did so in April.

The company's former outside lawyer, Kristopher Twomey, said the discrepancy was due to a paperwork snafu. As Light Reading has previously reported, LTD fired Twomey over such issues, though Twomey maintains he never "intentionally misled a federal or state regulator."

In its latest filing with the FCC, LTD wrote that it is "unlikely" it will be able to reverse the situation in California, and therefore it would be "an imprudent expenditure of time and money to continue litigating that case." As a result, "LTD is requesting withdrawal" from working in the state, according to the company.

From RDOF to BEAD

The FCC's RDOF program is a reverse auction where companies and entities that submit the lowest bid for covering a particular area win. However, they're then on the hook to cover that area with broadband services.

The auction ended in 2020 with a total of $9.2 billion in winning bids, and LTD accounted for 14% of that. As a result, the company was obligated to cover around 860,000 people across 15 states with broadband services. The company initially hinted that it would use fixed wireless technologies for the effort, but it subsequently told Light Reading it would primarily use fiber.

However, the FCC is still reviewing LTD's nonpublic "long form" RDOF application in order to determine whether the company  which counts almost 200 employees  can meet its obligations. As the WSJ noted, the FCC has already approved RDOF applications from around 300 other bidders, including companies like Charter Communications and Cox Communications. Others, though, including Starry Internet and SpaceX's Starlink, are still awaiting an FCC decision on their own RDOF applications.

Beyond the RDOF, the difficulties the US government has had in allocating funding could have implications for its bigger Broadband, Equity, Access, and Deployment (BEAD) program, which is designed to allocate $42.5 billion through state grants for digital divide efforts. Although BEAD will work differently than RDOF, critics are nonetheless worried that flooding the telecom sector with billions of dollars in taxpayer money could lead to waste, fraud and other abuses.