Starlink has begun to accept $99 pre-orders for a satellite broadband service that will ultimately be powered by thousands of low-Earth orbit (LEO) satellites.

The move signals that Starlink, a unit of Elon Musk's SpaceX, is preparing to broaden access to the service following a more limited beta service launched last fall. Starlink recently disclosed that its beta offering has signed up more than 10,000 users, and that SpaceX has deployed more than 1,000 Starlink satellites – a step toward deploying more than 12,000 of them eventually.

Upon entering one's address on the Starlink's pre-order page, the site pulls up the costs for the hardware, shipping and handling and the service itself. Consumers must pay $99 upfront to complete the pre-order process. 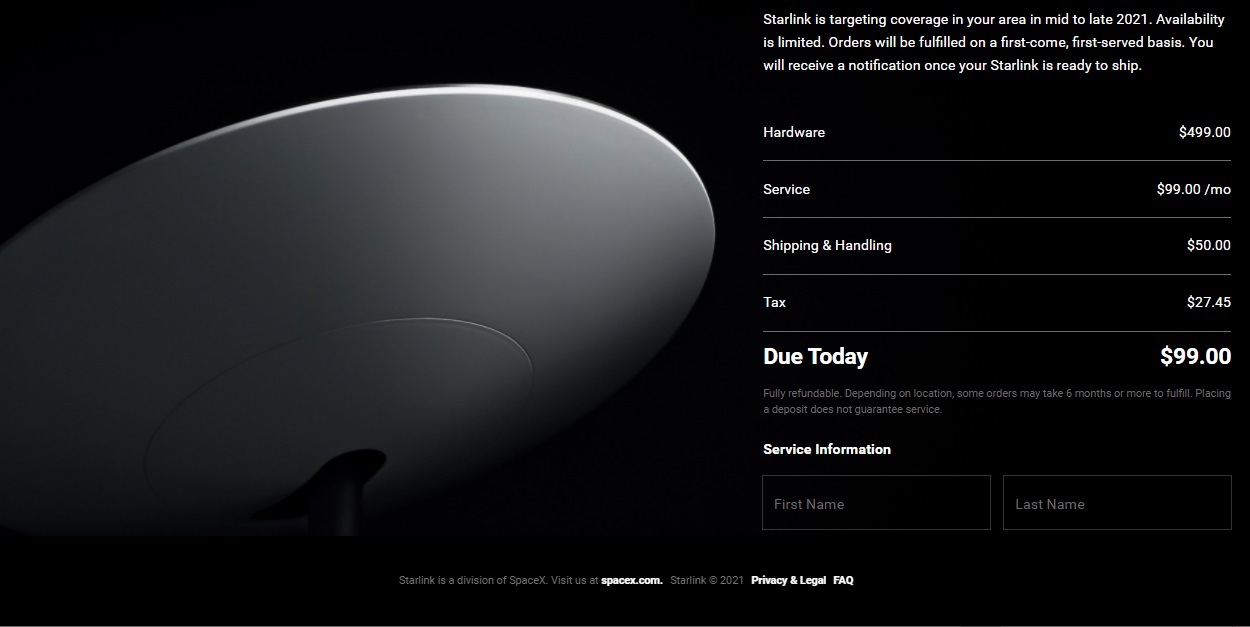 Click here for a larger version of this image.
(Source: Starlink)

Starlink also provides an estimate of when service might become available in the address entered. Upon entering an address near the Denver area, Starlink estimates that service could be available there by mid- to late 2021.

According to the FAQ, Starlink is fulfilling pre-orders on a first-come/first-served basis, estimating that fulfillment could take two to four weeks. Users on the Starlink beta trial can expect speeds from 50 Mbit/s to 150 Mbit/s, along with latencies ranging from 20 milliseconds to 40 milliseconds. However, the company also warns that there will be "brief periods of no connectivity at all" during the beta program. 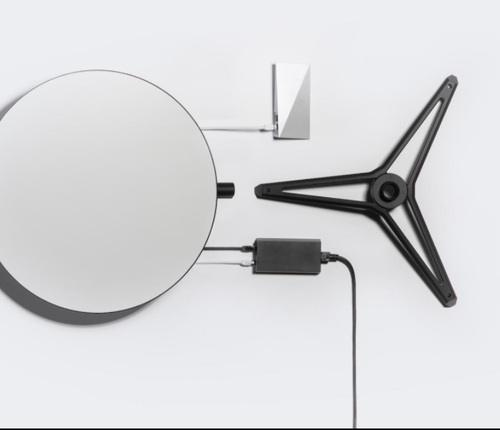 The Starlink Kit includes the satellite dish, a Wi-Fi router, power supply, cables and a mounting tripod for ground level installations or quick speed tests. The Starlink app lets users know if they have a clear, unobstructed field of view to a satellite prior to installation.
(Source: Starlink)

Starlink has not revealed any speed tiering and pricing for its full commercial launch. The beta program is free of data caps.

Starlink's broader pre-order program comes a few weeks after SpaceX received nearly $900 million to cover 642,925 locations following phase I of the Regional Digital Opportunity Fund (RDOF) auction. SpaceX filed a petition with the FCC last week, seeking designation of Starlink as an Eligible Telecommunications Carrier and requesting that the designation be granted by June 7 to meet a deadline to receive RDOF support.

A study commissioned by The Fiber Broadband Association and the NTCA scrutinizes Starlink's RDOF plans. The study claims that Starlink will fail to meet its RDOF capacity requirements and commitment, estimating that the LEO-powered service would face a bandwidth shortfall by 2028 that would leave more than half of its RDOF customers unable to be fully served during peak hours.

Starlink offered a terse, cheeky response to the organizations that commissioned the study:

Meanwhile, Viasat has urged the FCC to conduct an environmental review of Starlink's plan to lower the orbits of a portion of its satellite fleet. Amazon, which is working on its own LEO-based platform under its "Project Kuiper" initiative, has also raised objections to Starlink's satellite orbit modification plan.